Sometimes teams get stuck at the point of “deciding what to do” in retrospectives. Team members may begin to point fingers and describe things that the ubiquitous “they” must do before the team can move forward or make improvements,. This may lead to a team-as-victim, "poor us, we're stuck" syndrome, or blame and finger-pointing. "It's their fault we're in this mess!" Blame kills retrospectives and the perception of persecution stalls any hope of forward motion, so the retrospective leader has to shift this conversation, and fast! Team members also may perceive so much room for improvement they become paralyzed and can't decide where to start improving their lot.

When victim-talk, blaming or overwhelm surfaces, I reach into my retrospective leaders toolbox and pull out a technique to help teams identify the kinds of action the team can take. I draw three big concentric circles on a whiteboard or flip chart page, making the middle one as big as I can and leaving space wide enough for sticky notes in between each ring. 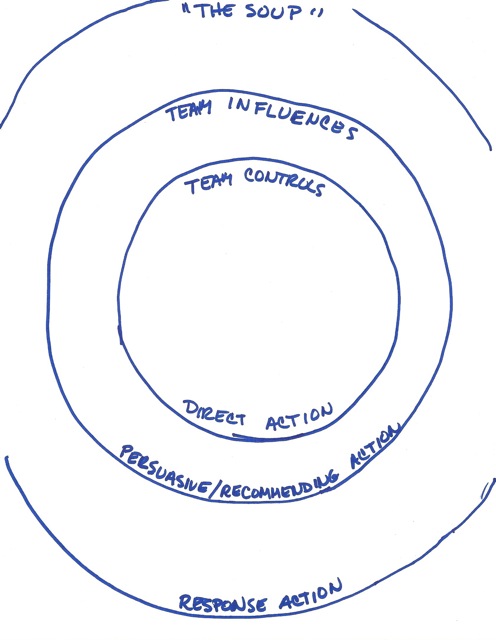 Label the middle circle "team controls", label the next ring "team influences", and

the third "The Soup". I borrowed the useful concept of "The Soup" from David Schmalz, meaning all those elements of organizational climate & culture, policies & procedures, and other systemic factors in organizations that have become so embedded in “the way we do things around here” that the team has little hope of shifting them without considerable help and political will on someone's part. (James Shore explores “The Soup” in a post.)

I share a couple of illustrating stories for this one. 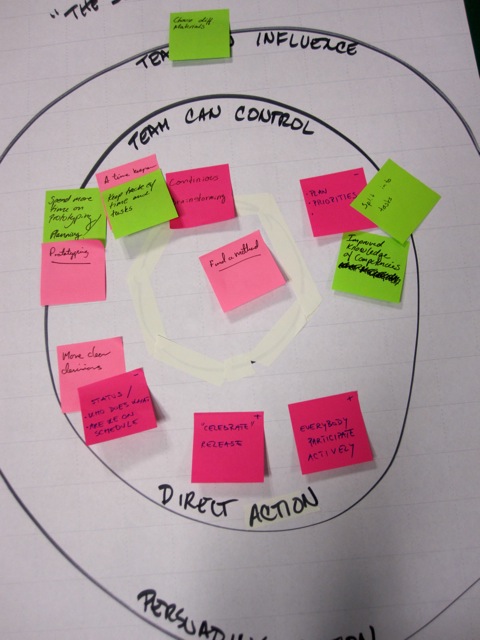 I invite team members, in pairs, to write the issues and challenges the team faces on sticky notes – one per note, of course. When they’ve finished, pairs bring their notes to the chart and stick each note in the appropriate ring. As a next step, the whole team takes a step back to look at the completed chart and identify what kinds of actions they can take for each note: direct, influencing, response. This activity leads naturally into planning specific actions that will have the greatest beneficial impact. In early retrospectives, it's more effective when the team takes on direct actions to remove impediments or create improvements within its control. When the team has experienced success with direct action, it becomes easier to develop plans for influencing actions for impediment removal or choosing actions in response to systemic constraints. 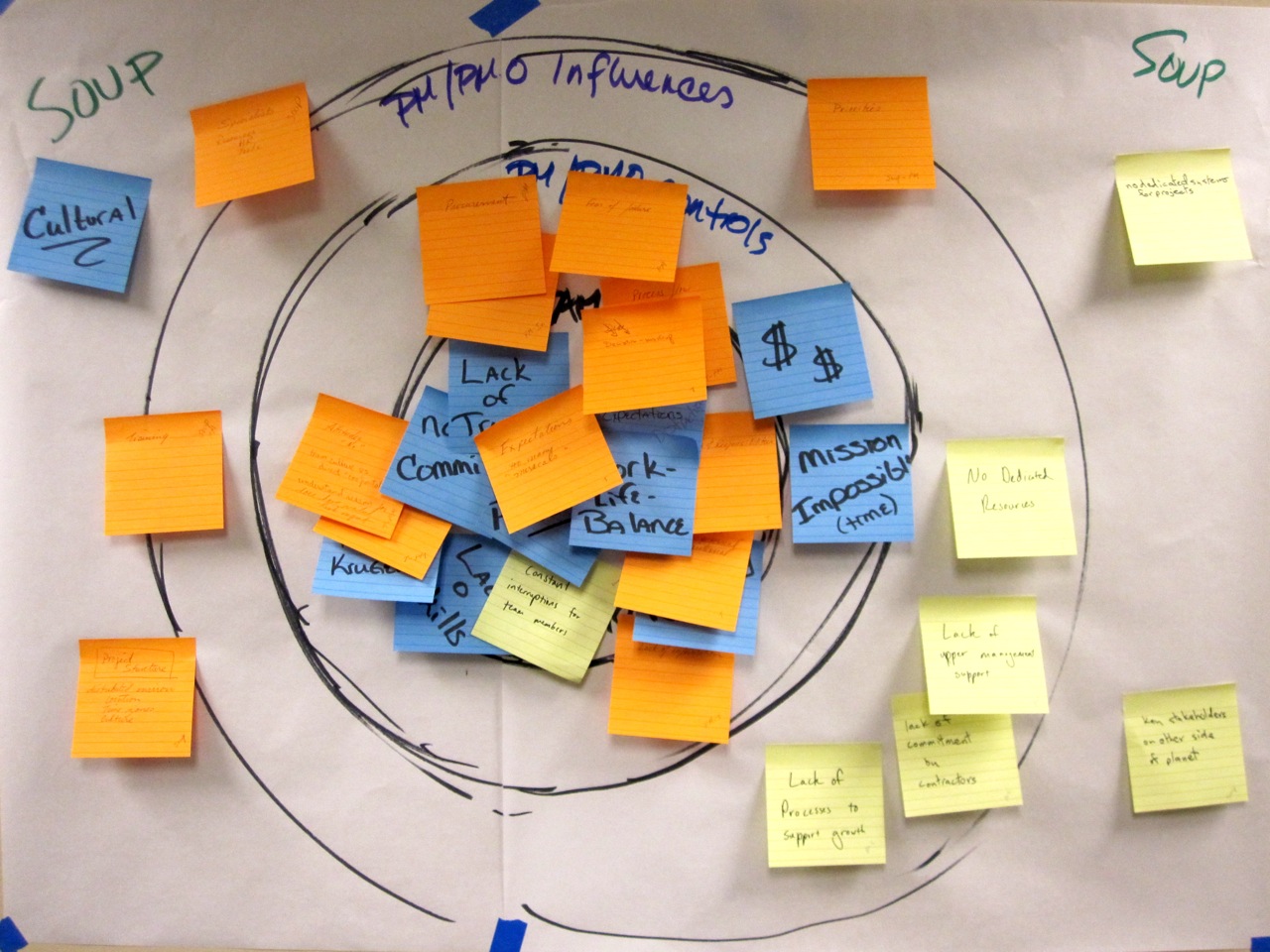 The Circles of Control & Influence activity helps the team sidestep the “someone should,” "if only they would," “only those guys can” "we're doomed!" conversations (which generally go nowhere), and shows individual team members that they have more scope for action if they act as a team.